Yandy.com, an online lingerie store is turning social media sensations into big bucks during Halloween. Some of their Halloween costumes are the ‘Pizza Rat’ costume and another one which is inspired by ‘The Dress’ that went viral on social media platforms in February 2015. The 10 year old eCommerce site has had a reputation for turning witty pop culture references into ‘sexy’ Halloween costumes.

Yandy makes around 30% of its $50 million annual revenue through Halloween costumes. Some of their other costumes like ‘Native American Temptress’ and ‘Beautiful Indian Babe’ aren’t as plain and cute as the Pizza Rat costume. Others can be downright offensive like a beaded headdress and faux tomahawk. In the initial phase of their business they sold more simple and cliche costumes like nurses, maids, witches. They have become more unique with time. Horstman, the founder and CEO of Yandy has an additional benefit of having a background in SEO, little wonder that the company’s website ranks first on Google’s paid and organic searches. 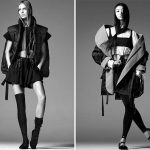 How supply chain management can help your business cut down costsJournal 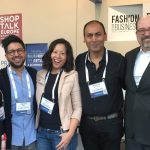