Reditt is not the most preferred social media community, brands seek to be on, it can be downright exasperating. Reditt members scorn and ridicule any traditional marketing messages. Most brands also stay away because they don’t want to attach their names to a community that can sometimes be racist and sexist. Although it is difficult to ignore the fact that it has 200 million monthly visitors. One brand, however, is an exception, Uniqlo is not only active on Reddit but is reaping great benefits in terms of sales and conversions from it.

Arielle Dyda, e-commerce manager at Uniqlo has been actively posting on Reditt since October 2012. Social media brings three percent of monthly sales , 64 percent of which comes from Reddit, leaving even Facebook (20 percent) and Twitter (11 percent) behind. On the days special offers and schemes are announced through posts, it sees 20 percent of its total online sales come from Reddit referrals. Dyda has given a lot of personal attention to the Reddit account named under midnight1214. She spends an hour and a half everyday discussing and answering customer service questions. She even invites members to Uniqlo retail locations for meetups. “We are very lucky that Uniqlo delivers that product but they just want someone that’s honest and real, if you complain on Facebook about other companies, you often get a formulaic answer and the Reddit community is smarter than that, they expect more than that,” she says. Dyda believes the success of Uniqlo on Rediit is that the Reditt community expects genuine, playful messages from a brand which Uniqlo is delivering in the exclusive Reditt lingo. Another reason why Redittors have embraced Uniqlo is that they expect brands to be a part of the community, to be real and helpful, instead of joining the community to exploit it. 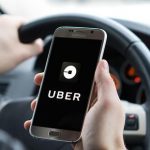 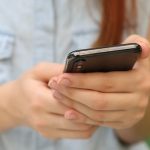